Welcome to the official webpage of Argiro Mantoglou

Bookreview – All on zero

ALL ON ZERO – ARGIRO MANTOGLOU More often than not, a casino story will tell the tale of a man, gambling everything he has and risking it all before becoming the hero at the [...]

The death of a young poet at the pinnacle of his publicity (especially at an age where poets were as popular as rock stars) created a collective trauma which inspired his fans to revive [...]

By Titika Dimitroulia While the average Greek detective stories are constantly multiplying in the Greek book market, novels which deal with the Greek crisis in order to make easy sales and they have nothing to [...] 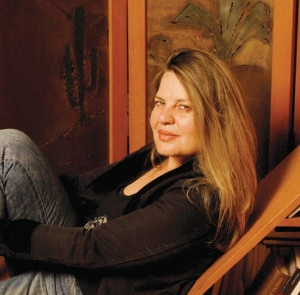 Argiro Mantoglou has studied English and Philosophy at University of North London England (BA Humanities) and Critical theory (MA). She has, also, worked for the Greek Section of BBC news as an editor in London (1994-1995). She has contributed articles in a number of newspapers and magazines. From (2010-2011) she worked as a literary critic and a journalist for the Greek newspaper Eleftherotypia. She has, also, published numerous articles on politics, literature and culture in many newspapers and periodicals. She is the author of five books of fiction and two books of poetry. Her latest book “White Revenge” was shortlisted for the “Anagnostis” Literary Prize, one of the most distinguished prizes in Greece and for the “Athens Prize for Literature”. Her novel “All on Zero” has been published in English by PressPublishing. She has translated a number of novels including writers as Henry James and Virginia Woolf, as well as contemporary writers. She works as a translator for different publishing houses in Greece. She is a member of the Greek Society of Authors since 2000 and has been a member of the Committee for the National Translation Prize for the years (2001-2004) and (2008-2012). She has taught creative writing at EKEBI (National Book’s Centre) and is the coordinator of a Book Club at Metaixmio publications for 10 years and a book reviewer for bookpress, one of the most well known sites for books in Greece.